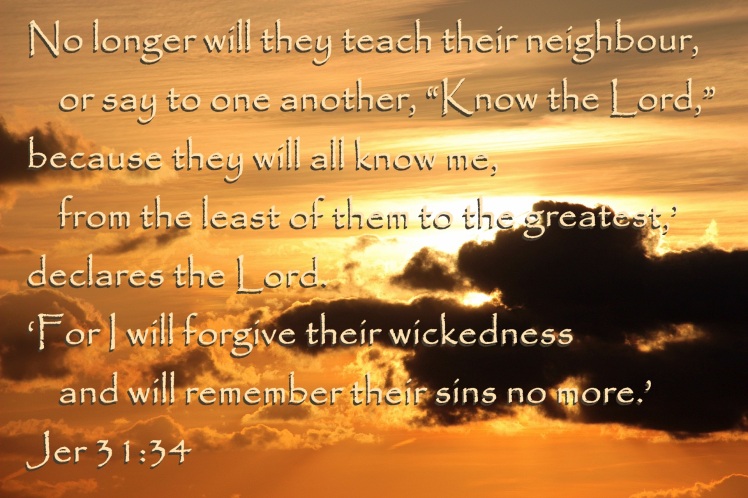 You will need a strip of paper about 3cm (an inch or so) by the width of A4, a pen and sticky tape.

On one side write ‘I will be your God and’. Flip the paper over vertically (so that the writing is upside-down on the other side) and write ‘you will be my people and’.

Join the ends of the strip with tape, but give one end half a twist so that you form a Mobius (Moh-bee-us) strip.

Read God’s covenant promise that goes on and on for eternity.

In one way, this is one of the saddest pieces of the Bible I know. A broken marriage, a broken country and three children with the worst names imaginable. What must it feel like to go round with a name meaning ‘not loved’?

God’s calling was expensive for Hosea, and for his family. It was not a nice, easy, respectable life. But it was real. Hosea didn’t just talk God’s message. He lived it. He was finally mentioning the elephant in the room. Saying it how it really was. Putting his life where his mouth was.

We could do with a few more Hoseas. It’s easy enough to speak the message, not so easy to be the message. And this message was on his lips every time he called his children to the table or put them to bed.

The first child is called Jezreel. That probably means nothing to you (I had to go look it up) but it meant a lot back then. Today, it would be like calling a child Auschwitz or Hiroshima or Nine-Eleven. Ouch. Jezreel – here’s the story:

After King David’s time, Israel had split in two. The southern part became Judah and followed David’s line, more or less. The northern kingdom of Israel drifted away and had some dreadful kings, including Ahab. He was murdered by Jehu, who took over in a desperately bloody coup – bad even for that time – and much of the slaughter happened in Jezreel.

Jehu had deposed ungodly Ahab on God’s instructions, but Jehu wasn’t exactly the faithful type and his legacy was almost as bad as Ahab’s. So now we fast-forward to Hosea’s message. Israel had been ignoring God for far too long, and God wasn’t going to be patient for ever. He would deal with those who had committed mass murder in his name.

So that’s why Hosea named his child ‘terrorist atrocity’. The next child is named ‘I don’t love you anymore’, and it seems a fair point. Why would God love such a wayward people, who took delight in rejecting him? Why should they have the privilege of being called by his name when they behaved no different from the heathen countries around them?

So the third child is given the name ‘I want a divorce’. You Are Not My People. That must have hit them like a ten-pound sledgehammer. You Are Not My People. But … but … but we’ve always been his people, haven’t we? Isn’t that what God has kept saying and kept saying? You will be my people and I will be your God. It’s there in Genesis, it’s there in Revelation. But here, it is ended.

Finally, God has had enough. No more. Israel’s unfaithfulness has gone on too long. God has kept on being patient and forgiving, hoping that they would come back to him, but there comes a time when enough is enough. So Hosea names his child ‘I want a divorce’. And the country sits in shocked silence.

But then, mingled in with Hosea’s messages of judgment are gleaming, jewel-like rays of hope. One ray for each child.

‘terrorist atrocity’ – God would break the bow of Israel because that was where their security lay. Those who trusted the Lord however, he would save. ‘Not by bow, sword or battle, or by horses and horsemen, but I, the Lord their God, will save them.’ God uses our strengths – they are gifts from him, after all, but when we start to rely on them and ignore God, we may find that they fail, so that we can learn the strength of our God. This is a lesson I need to learn too.

‘I don’t love you anymore’ – actually, that’s not what he said. He said I won’t show my love to you anymore. There’s a difference. God was using tough love to turn the hearts of his wayward children back to him. Yet never did he cease to be love.

‘I want a divorce’ – The most heart-wrenching name of all. God’s covenant promise with his people from of old, ‘I will be your God and you will be my people’, here lies in shattered ruins. But even in the rubbish of tatty, messy, imperfect lives God speaks hope. From the broken pieces of an unfaithful nation, God will build a new people for himself – a people not of flesh or descent, but of faith – the new people of God spoken of by Jeremiah.

Am I living in the old covenant of trying to please God by doing the right things, saving myself as Israel tried, or am I leaning on God and trusting his strength, not mine?

We confess to you our unfaithfulness and disregard for your ways.
We are like ungrateful children, like unfaithful husbands and wives.

We ask for your mercy and patience to cover our sins, to wash away our wickedness, to restore us to the joy of your salvation.

Please cleanse us and heal us. Put your law in our minds and write it on our hearts, that we may know you and love you, and be your people as you are our God.

When the Lord began to speak through Hosea, the Lord said to him, “Go, marry a promiscuous woman and have children with her, for like an adulterous wife this land is guilty of unfaithfulness to the Lord.” So he married Gomer daughter of Diblaim, and she conceived and bore him a son.

Then the Lord said to Hosea, “Call him Jezreel, because I will soon punish the house of Jehu for the massacre at Jezreel, and I will put an end to the kingdom of Israel. In that day I will break Israel’s bow in the Valley of Jezreel.”

Gomer conceived again and gave birth to a daughter. Then the Lord said to Hosea, “Call her Lo-Ruhamah (which means “not loved”), for I will no longer show love to Israel, that I should at all forgive them. Yet I will show love to Judah; and I will save them—not by bow, sword or battle, or by horses and horsemen, but I, the Lord their God, will save them.”

After she had weaned Lo-Ruhamah, Gomer had another son. Then the Lord said, “Call him Lo-Ammi (which means “not my people”), for you are not my people, and I am not your God.

“Yet the Israelites will be like the sand on the seashore, which cannot be measured or counted. In the place where it was said to them, ‘You are not my people,’ they will be called ‘children of the living God.’