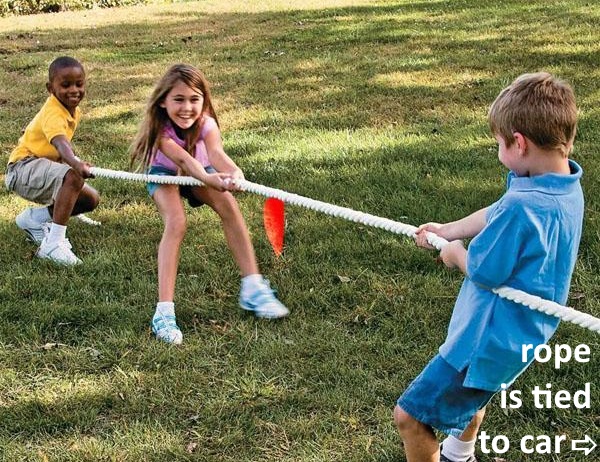 This simple illustration shows how power is not held by those with the most human strength.

Secretly, if possible, tie one end of the rope to the immovable object.

Ask for teams for a tug-of-war and have all the volunteers on one end of the rope. Then have one small child on the other end of the rope (the end tied to the font). This is like the battle between the 450 prophets of Baal with all their yelling and raving, and Elijah with his quiet prayer.

Start the tug-of-war. Surprisingly, the small child will easily hold off the team on the other end. (A bit of taunting would not go amiss here.) Why? Because she has something immensely strong behind her. Elijah had a far greater power behind him that the prophets of Baal could ever imagine.