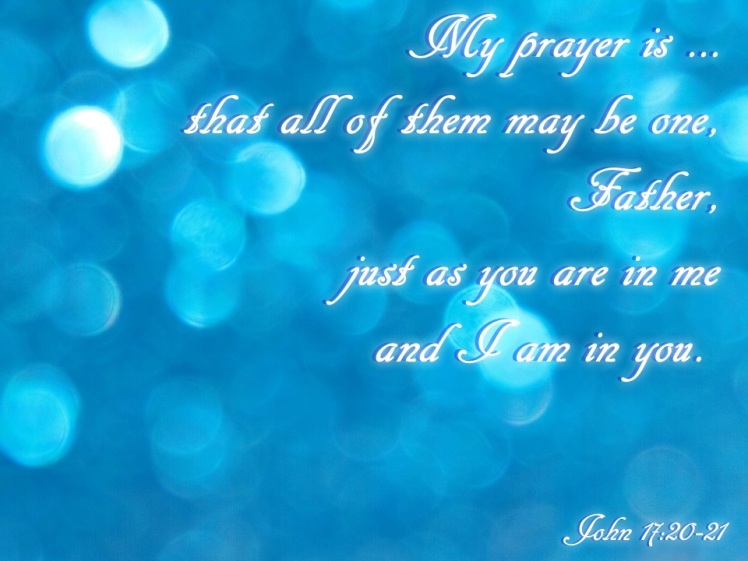 Print out the image by artist Gustave-Verbeek. Find two volunteers and stand them a

distance apart or back to back, so that they cannot see what the other sees.

Show one volunteer the image and ask them to describe what they see. (A man with a hat in a boat and a big fish by an island with trees.) Secretly flip the image upside down and then ask the other volunteer the same question. (A large bird holding a frightened woman in its beak and dangling her over the sea.)

Tell them that they saw the same image. How come they gave such different descriptions? You can do a little ‘stirring’ at this point. ‘That’s not what she said!’ ‘Are you calling him a liar?’ ‘One of you must have got this badly wrong!’

Eventually you reveal that the same image contains both pictures. Each person is quite convinced that they are right and the other wrong. In fact, both are right. It is good to be able to disagree agreeably.

My kids ask me for stuff. That’s what kids do. But sometimes they don’t know what they’re asking for and it just ain’t gonna happen. Like when my littlest one asks if we can get a pet elephant because she’s seen a TV program about orphaned elephants. Her heart is in the right place and it’s a kind idea, but, well, they produce a lot of – ahem – and there’s only so much fertiliser one can put on a single rose bush.

Jesus made a request like that in today’s reading. Just look at the daft suggestion in verses 22 and 23. ‘…that they may be one as we are one … so that they may be brought to complete unity.’ Now I’m not saying Jesus was wrong to ask that, but I can imagine God the Father looking down kindly at his little lad, Jesus, with his well-meaning request and saying “That’s a lovely idea son, but let’s be realistic. We know it’s not going to happen, is it?”

Of course, it’s not like that really. Jesus is fully God and shares his heart with the Father in this passage probably more for our benefit than anything else. So what did Jesus mean by this simple yet impossible prayer? All believers throughout all time in complete unity? Never gonna happen. Never has happened. There’s more chance of having Madonna elected pope than getting the Anglo-Catholics to agree with the Pentes and the Southern Baptists.

Yet this is our Lord’s prayer, so we have to take it seriously. “… that they may be one as we are one.” He even said it twice, just to be sure. Jesus really meant this.

I don’t want to get into Trinitarian wrangling here. Suffice it to say that Jesus used the level of ‘one-ness’ of himself and his Father as the most one-nessy thing he could think of. So that’s quite a lot of one-ness.

But not same-ness. Jesus is one with the Father, but he is not the same as the Father. One God in three persons – one what, but three whos. Three roles, three ways of being, three expressions.

This gives us a hope for the one-ness that Jesus prayed for. One of the great strengths of Christianity, I think, is its diversity. This is also its greatest thorn in the flesh. Wouldn’t be so much simpler if all Christians the world over thought exactly the same, did exactly the same, worshipped exactly the same? It would do away with squabbles over whether we have bishops or councils, popes or moderators, liturgy or not, robes or not, women or not and so on.

But that’s not what Jesus prayed for. One, but not same. Those matters generate a lot of heat sometimes (though rarely much light!) but really are not important. Check out what Paul had to say in 2 Tim 2:14 and Romans 14.

I was very saddened when visiting America once, and I looked up the number of a church in the telephone directory. Churches were listed by denomination, but instead of a few denominations with several churches in each, there were probably 30 or more denominations, most with only one church. So many splinter groups, so many fallings-out. So sad.

As Christ’s body here on earth them it is vitally important that we, although different, are one. That we accept and love all parts of that body – yes, even them!

It is important to think carefully about aspects of our faith – Christianity does not require a lobotomy along with baptism. It is vital that we cling firmly to the central tenets, but the peripheral issues, what Paul called ‘disputable matters’, these we need to hold lightly. We must remember that our Christian brothers and sisters, for whom Christ died, hold different views just as steadfastly as we hold ours.

To quote Krish Kandiah, we need to learn to ‘disagree agreeably’. Our traditions and customs can be very important to us, but they’re not worth going to the stake for.

“Therefore, accept each other just as Christ has accepted you so that God will be given glory .” (Rom 15:7)

What’s more important, that God be given glory through you those we disagree with, or that we win the argument?

Grant me grace to cling tightly to those matters which needs to be held at my core
Grant me clarity to know my beliefs on lesser matters
But most of all, grant me humility to hold these latter beliefs loosely, in the knowledge that my brothers and sisters are more important.

“My prayer is not for them alone. I pray also for those who will believe in me through their message, that all of them may be one, Father, just as you are in me and I am in you. May they also be in us so that the world may believe that you have sent me. I have given them the glory that you gave me, that they may be one as we are one— I in them and you in me—so that they may be brought to complete unity. Then the world will know that you sent me and have loved them even as you have loved me.

“Righteous Father, though the world does not know you, I know you, and they know that you have sent me. I have made you known to them, and will continue to make you known in order that the love you have for me may be in them and that I myself may be in them.”