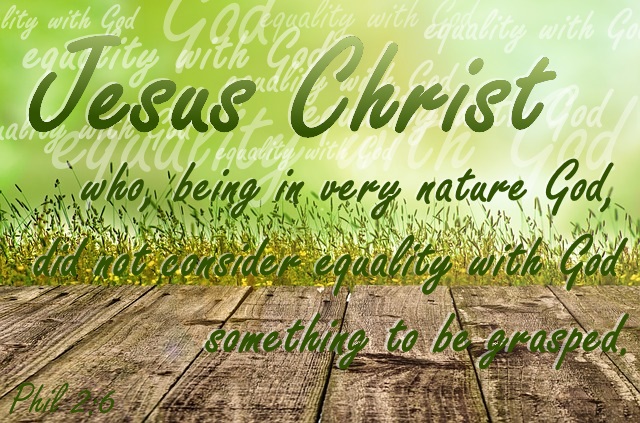 You will need prizes, some bigger and some smaller, such as a big bar of chocolate, some medium bars and some chocolate coins. Have people line up to get them, with the front of the queue nearest the prizes.

When they are lined up, give people 30 seconds to change their place in the queue if they want to. Wave the top prize at them while they (hopefully) jostle to get to the front of the queue.

Take the top prize and give it to the person at the end of the queue, and give out all the other prizes working back to the start.

You’ve got it back-to-front! You look down. Your T-shirt is on backwards. You feel a twit. (But you’re glad it wasn’t your trousers.)

Jesus said this same thing to his disciples, but he wasn’t talking about T-shirts. James and John had tried to ‘bagsy’ the top spots in heaven and Jesus said, “You’ve got it back-to-front!“ They were thinking that God’s kingdom worked like the Roman Empire or even normal Jewish society, with its power squabbles and jockeying for position and one-upmanship.

Sound familiar? My children squabble over who gets to sit in the front seat of the car, who gets first choice of the cupcakes, who is top of the leader board on the video games. And it’s the same with grown-ups. Some of us are more competitive than others, some more power-hungry (we all know someone who cannot bear to lose at Monopoly), but we each have within us the lurking desire to be better than someone else. In its worst excesses we can become obsessed with status, power, authority.

Now, it’s not a bad thing to want recognition for something done well, in however small a way. It is right to tell people when they have done a good job, and we all like to have our effort and achievement recognised. But when we seek power and recognition for their own sake, the healthy “Well done, mate. Good job.” can become an unhealthy obsession.

Why do we do it? Often it is insecurity. We try to bolster our fear that we are not good enough by acquiring all kinds of badges that loudly proclaim, “Here is a person who is worthy of approval / admiration / respect / love.” We do this because we desperately want those around us to approve / admire / respect / love us.

Huh? How is that Good News?

It’s Good News because there was once, one guy who truly did deserve all approval, all respect, all admiration, all love, because he was good enough. He didn’t need to big up his CV or Photoshop his image. He was already acceptable. And his love is big enough that he will let grotty, un-lovable, non-admirable people like me, like you, become acceptable. We get to take his ‘good enough’ as our own. Why? Because we deserve it? Nope. Simply because he is nice that way.

When we realise that we cannot ever make ourselves acceptable, we can stop striving to be better than those around us, stop striving to save ourselves by our own efforts, stop trying to find our self-worth in status and power and things. We can simply say ‘thank you’ to the only one who can exchange our worthlessness for his worth. Jesus the carpenter – who fixes things.

And when we are content that our worth in God’s sight is not earned by good works or approval from those around us, then we can be happy to take the humble position that Jesus did. In Philippians we read that Jesus “being in very nature God, did not consider equality with God something to be used to his own advantage; rather, he made himself nothing by taking the very nature of a servant.”

If Jesus, who had every reason to think well of himself and to insist upon his status, thought it better to serve than to be served, then so should we. Jesus tells us that the great reward at the end of time is to be told, “Well done, good and faithful servant”.

That’ll do me just fine.

through your son, my Lord and example
Amen

James and John, the sons of Zebedee, came forward to him and said to him, ‘Teacher, we want you to do for us whatever we ask of you.’ And he said to them, ‘What is it you want me to do for you?’ And they said to him, ‘Grant us to sit, one at your right hand and one at your left, in your glory.’ But Jesus said to them, ‘You do not know what you are asking. Are you able to drink the cup that I drink, or be baptized with the baptism that I am baptized with?’ They replied, ‘We are able.’ Then Jesus said to them, ‘The cup that I drink you will drink; and with the baptism with which I am baptized, you will be baptized; but to sit at my right hand or at my left is not mine to grant, but it is for those for whom it has been prepared.’

When the ten heard this, they began to be angry with James and John. So Jesus called them and said to them, ‘You know that among the Gentiles those whom they recognize as their rulers lord it over them, and their great ones are tyrants over them. But it is not so among you; but whoever wishes to become great among you must be your servant, and whoever wishes to be first among you must be slave of all. For the Son of Man came not to be served but to serve, and to give his life a ransom for many.’