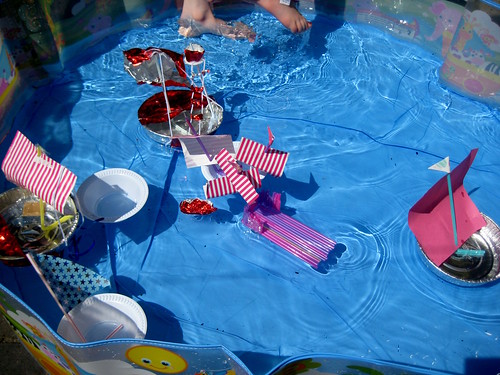 This is great for the sunny outdoors. If you do it indoors, I recommend a tarpaulin!

At first glance, this week’s readings seem a bunch of random stories, unconnected with each other and with the reality of our lives. But there is a deep theme of suffering and the apparent absence of God that strikes a deep chord of resonance when we look around at the nearly 4 million deaths from Coronavirus, at social and racial injustice, at never-ending wars that hurt powerless, voiceless people but leave the rich and safe, rich and safe.

Where is God in all this, we might well wonder, and we’d not be alone.

The readings from 1 Samuel show David, recently anointed as the next king, victorious over Goliath and promoted to general of Saul’s armies. “Great”, you’d think, “it’s all going well.” But then Saul starts his murderous campaign against David by trying to skewer him to the wall with a spear. Not exactly congenial working conditions! This continues for years, with David having to literally run for his life and live as a fugitive before he takes the throne. He must have wondered where God was in all that. Was that really how God wanted his anointed king to live?

Job, of course, is the ultimate story of undeserved suffering. In this week’s reading, after 37 chapters of silence, Job finally hears from God. God said nothing when Job lost his family, his home, his health. Why? Why did God not answer when Job called out? Why was God silent? Didn’t he care? We hear that same cry from the disciples in the boat. “Teacher, don’t you care that we are drowning!” they shout as Jesus snoozes on a cushion in the stern.

From the viewpoint of two thousand years (and having read the next verse) we know that their panic was unwarranted. Jesus would just say the word and fix everything. But they did not know that. And for many other boats in many other storms, Jesus would not be there to ‘do the biz’ and the boat would sink. Being afraid was a perfectly natural response. I’d have done the same.

We humans live in the world of our bodies, and this is not wrong. We are, after all, creatures of both time and eternity, and it is the ‘time’ bit which is most pressing at the moment.

To say to someone who is suffering dreadful loss, pain or fear, that they should ignore their circumstances and gaze piously to heaven is both crass and unhelpful. It’s pretty hard to do that when your life, or the life of a loved one, is in danger. Being sad, frightened, worried or even angry are normal reactions to the bad things that happen. Jesus himself mourned the loss of his friend, Lazarus, and lamented about Jerusalem.

So if it’s OK to cry out to God when life is tough, how come God does not always reply?

I’m not going to fob you off with ‘God always replies, but we don’t always hear’, or ‘ Sometimes God says yes, sometimes no, and sometimes wait’, although there’s truth in both.

Instead, God takes Job on a walk through creation. Like an honoured guest with a VIP pass, Job gets a tour behind the scenes and at the end, although God has answered none of his questions, Job is satisfied. He says, “My ears had heard of you before, but now my eyes have seen you.” In other words, “I get it”, and the questions don’t seem to matter anymore.

Paul shows a similar attitude in 2 Corinthians 6. Like Job he has suffered a great deal: he has been beaten up, thrown into prison, many times had people trying to kill him. Yet a repeated theme of Paul’s is that it’s OK.

Ummn. No. It’s very not OK. We read these verses easily, as if they really are some ‘light and momentary troubles’ (2 Cor 4:17) but if you think about what Paul has been through it’s appalling!

But also like Job, Paul ‘gets it’. He does not diminish the reality of what he has been through, and he’s perfectly aware that his sufferings could result in him being killed, but Paul has also has a glimpse behind the scenes, and that’s changed how he sees things. The key to Paul’s attitude, I think, is found at the end of verse 10, “We have nothing, but really we have everything.”

Perhaps it took Paul’s experience of nothing to make him realise what everything really is.

Then the Lord spoke to Job out of the storm. He said:

‘Who is this that obscures my plans
with words without knowledge?
Brace yourself like a man;
I will question you,
and you shall answer me.

‘Where were you when I laid the earth’s foundation?
Tell me, if you understand.
Who marked off its dimensions? Surely you know!
Who stretched a measuring line across it?
On what were its footings set,
or who laid its cornerstone –
while the morning stars sang together
and all the angels shouted for joy?

That evening, Jesus said to his followers, “Let’s go across the lake.” Leaving the crowd behind, they took him in the boat just as he was. There were also other boats with them. A very strong wind came up on the lake. The waves came over the sides and into the boat so that it was already full of water. Jesus was at the back of the boat, sleeping with his head on a cushion. His followers woke him and said, “Teacher, don’t you care that we are drowning!”

Jesus stood up and commanded the wind and said to the waves, “Quiet! Be still!” Then the wind stopped, and it became completely calm.

Jesus said to his followers, “Why are you afraid? Do you still have no faith?”

The followers were very afraid and asked each other, “Who is this? Even the wind and the waves obey him!”