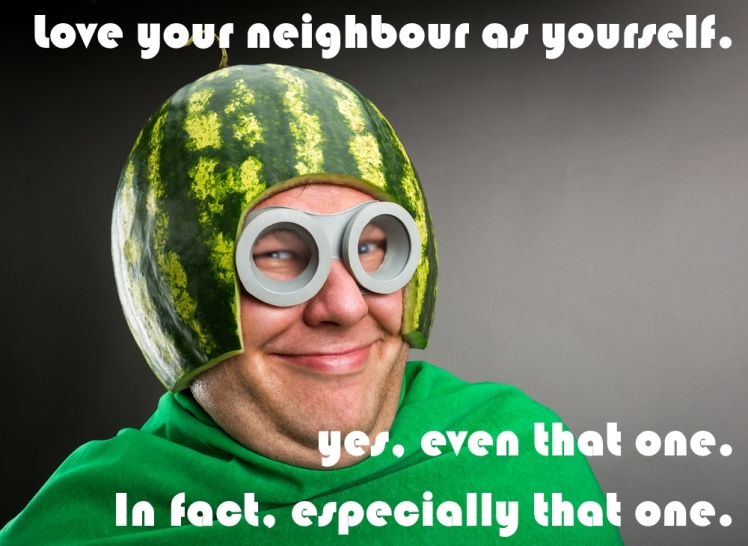 We can know God because he has revealed himself in creation, in the Bible and ultimately, in Jesus. What can we know about God from what he has revealed?

On each strip write or draw something that we can know about God from the Bible, from Jesus or from creation, starting with the word ‘You’.

For example:
‘You are rich in love’ (Ps 145:8),
‘You have a good imagination’ (creation),
‘You understand me’ (Jesus).
Each person can make more than one strip if they wish.

Have people glue them into chains in family groups or in their pews and then bring the chains to the front as an act of worship or prayer. Use a few spare strips at the front to join all the chains into one.

When I came to prepare for this week’s Reflectionary I surprised myself. This very familiar passage didn’t say what I had assumed it said. (Note to self: the mantra in science, “don’t assume, check” applies to the Bible as well.)

Here are some recent highlights so that you know where we are in the story:

Chapter 19: The people arrive at Sinai and God calls Moses up. Actually, Moses does quite a lot of bobbing up and down over the next few chapters while God tells things to him, and he tells them to the people.

Chapter 24: Moses tells the people what God has said and they reply, “Yes, we really will do all this.”
Moses bobs back up the mountain, and God writes the law on stone tablets. God gives detailed instructions on how to make The Tabernacle, a place that will be the focus of the people’s worship. The centre-piece will be the Ark, to be made from gold that the people have given. (Sound familiar?)

Chapter 32: After forty days (24:18), the people get bored of waiting and ask Aaron to make gods (‘elohim’) to lead them. Weirdly, Aaron does. He collects up their gold and (as he later blusters), “threw it in the fire and out came this calf!” (Yeah, right.)
God tips Moses off to what they are doing and wants to destroy them, but Moses reminds God that yeah, the people are stupid, but they always were and you always keep your promises, and God agrees. (I paraphrase). Then Moses goes down, throws a wobbly at the Israelites, smashes the tablets and makes them eat the calf!

Now there are a couple of interesting bits – besides the hilarious toddler-excuses of Aaron in the latter half of chapter 32, but we’ll get to those next week.

First – why on earth does Aaron agree to make a calf? Was he taking a loo-break when Moses said the whole ‘don’t worship other gods’ thing?

Second – that word, ‘gods’. I’s a really interesting word. The Hebrew is ‘elohim’, just the ordinary word for ‘gods’, but it’s also used as a title for the One True God, such as in Gen 1:1 – “In the beginning  God (elohim) created …” God – capital G. I’m sure the word-play was not lost on the author or this passage, nor on the readers.

The story makes a lot more sense when you know about that word-play. The Israelites had been following Moses out of Egypt and around the desert (note the end of verse 1). He had represented God to them, told them God’s name and God’s will. But as far as they could tell, Moses had abandoned them. He had warned them plenty that people touching the mountain might die, so perhaps that is what had happened, they thought.

If Moses was not going to lead them and represent God (elohim) to them, they would need something else. In this frame of mind, the people’s request that Aaron make gods (elohim) for them is not so strange, and neither is Aaron’s agreement.

Notice what Aaron said in verse 5. He was intending that the calf be a focus for their worship of The Lord. OK, so he did it wrong, (really quite badly wrong), but I don’t think he was intending to make an idol to a foreign god. Verse 6 started off well, but by the end it was not looking so much like a festival to The Lord as perhaps Aaron had intended. God certainly could see how it was going, and by verse 8 the motives are clear.

It might have started with understandable motives, but it was the thin end of the wedge. By the time that Moses came down from the mountain, anything further from the beautiful symbolism of the worship God had been planning would be hard to imagine.

But a slippery slope is always tricky to spot from the top. It’s not unreasonable to want to know God. Jacob wanted to know God’s name (always, in Hebrew thought, more than just a label), but was not told (Gen 32:29). Moses was given a cryptic answer to the same question (Ex 3:14) and it was the first request on Paul’s lips (Acts 9:5).

So wanting to know (really know, not just know about) God is not unreasonable. God understood that. That’s why he gave his people elaborate plans for the Tabernacle, which was supposed to be a 3-D illustration of God and his way of salvation. The problem was that the Israelites tried to make God visible in the way that they wanted, not his.

From the standpoint of fuller revelation 6000 years later, it is easy to condemn their foolishness. Of course, we would never take God’s clear command and tweak it here, dilute it there, adjust it to fit our fashions and end up making a god in our own image …

Love your neighbour as yourself – yes, even that one.
In fact, especially that one.

When the people saw that Moses was so long in coming down from the mountain, they gathered round Aaron and said, ‘Come, make us gods who will go before us. As for this fellow Moses who brought us up out of Egypt, we don’t know what has happened to him.’

Aaron answered them, ‘Take off the gold earrings that your wives, your sons and your daughters are wearing, and bring them to me.’ So all the people took off their earrings and brought them to Aaron. He took what they handed him and made it into an idol cast in the shape of a calf, fashioning it with a tool. Then they said, ‘These are your gods, Israel, who brought you up out of Egypt.’

When Aaron saw this, he built an altar in front of the calf and announced, ‘Tomorrow there will be a festival to the Lord.’ So the next day the people rose early and sacrificed burnt offerings and presented fellowship offerings. Afterwards they sat down to eat and drink and got up to indulge in revelry.

Then the Lord said to Moses, ‘Go down, because your people, whom you brought up out of Egypt, have become corrupt. They have been quick to turn away from what I commanded them and have made themselves an idol cast in the shape of a calf. They have bowed down to it and sacrificed to it and have said, “These are your gods, Israel, who brought you up out of Egypt.”

‘I have seen these people,’ the Lord said to Moses, ‘and they are a stiff-necked people. Now leave me alone so that my anger may burn against them and that I may destroy them. Then I will make you into a great nation.’

But Moses sought the favour of the Lord his God. ‘Lord,’ he said, ‘why should your anger burn against your people, whom you brought out of Egypt with great power and a mighty hand? Why should the Egyptians say, “It was with evil intent that he brought them out, to kill them in the mountains and to wipe them off the face of the earth”? Turn from your fierce anger; relent and do not bring disaster on your people. Remember your servants Abraham, Isaac and Israel, to whom you swore by your own self: “I will make your descendants as numerous as the stars in the sky and I will give your descendants all this land I promised them, and it will be their inheritance for ever.”’ Then the Lord relented and did not bring on his people the disaster he had threatened.