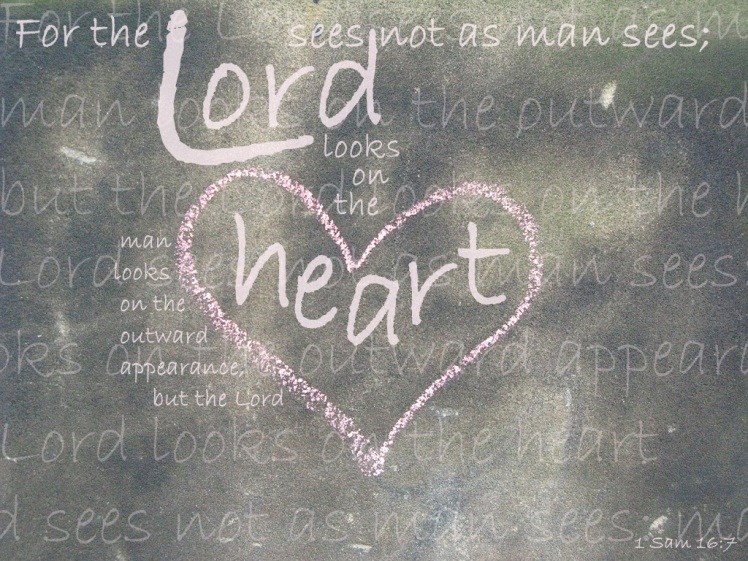 You will need a tall piece of paper such as ½ a sheet of A4 or a shopping list, and a pen or pencil.

At the top of the sheet write ‘people like me because …’, then leave a gap of a few lines and write a list of all the reasons that different people might think well of you. Leave a few lines spare at the bottom.

When you have crossed out all the list, write ‘just because’ at the bottom and add these verses: Ps 86:15, Zeph 3:17, Rom 5:8. Read the verses and let it sink in that you are loved simply because God is like that.

Have you seen that block-buster, Oscar-nominated movie about the poor kid who’s no good at school and the old woman? I can’t remember who plays her, no-one I’ve heard of.

Have you seen that film? No. me neither.  Films are usually about folks who are rich or powerful or good-looking or famous – something that makes us pay attention. Or they’re starring someone famous, or written by someone famous. Who’d tell a story about a nobody, by a nobody, and who’d listen?

Today’s reading is about the great and good. The philanthropists. The devout. The respectable and respected. The ones who got invited to open school fêtes and to speak on local radio chat shows.

You can imagine Jesus sitting there, people watching. He sees a scribe (teacher of the law) passing by in his impressive robes. Jesus sees another guy. He’s been blessed by God with lots of money, and he’s giving generously to God’s work at the Temple. Great. These are just the kind of celebs we like to hear about. Rich, famous, virtuous, nice teeth.

So Jesus calls his disciples over and talks about … the little old woman. She didn’t have nice clothes or nice hair or nice teeth and probably smelled funny. So why was Jesus bothering with her?

As always, Jesus is being a bit backwards. You’d have thought we’d have spotted the pattern by now. Jesus did it all the time, so does God. Look back at Samuel interviewing Jesse’s sons to find the next king. Was it to be this fine-looking hunk of a guy? But the Lord said to Samuel, “Do not look on his appearance or on the height of his stature, because I have rejected him. For the Lord sees not as man sees: man looks on the outward appearance, but the Lord looks on the heart.” (1 Sam 16:7) Nope, the nerdy little teenager at the end of the line, David.

It’s all the way through the Bible. God continually chooses the little people, the no-hopers, the ‘unimportant’ people that everyone overlooks, and builds his kingdom on them. David, the youngest son that no-one had even bothered to call in from the fields – youngest son in the lowest clan of the smallest tribe. Not very promising material for a king. Even the entire nation of Israel – they were not a global superpower. They were just a tuppenny ha’penny little nation, invaded by everyone and his mates, with nothing special about them that would deserve God’s favour.

You give your love freely to those who have not earned, do not deserve, and are not good enough. And for this, I love you.

As he taught, he said, ‘Beware of the scribes, who like to walk around in long robes, and to be greeted with respect in the market-places, and to have the best seats in the synagogues and places of honour at banquets! They devour widows’ houses and for the sake of appearance say long prayers. They will receive the greater condemnation.’

He sat down opposite the treasury, and watched the crowd putting money into the treasury. Many rich people put in large sums. A poor widow came and put in two small copper coins, which are worth a penny. Then he called his disciples and said to them, ‘Truly, I tell you, this poor widow has put in more than all those who are contributing to the treasury. For all of them have contributed out of their abundance; but she out of her poverty has put in everything she had, all she had to live on.’

New Revised Standard Version Bible: Anglicised Edition, copyright © 1989, 1995 the Division of Christian Education of the National Council of the Churches of Christ in the United States of America. Used by permission. All rights reserved.